What’s The Most Expensive House In The World? - Eurolink 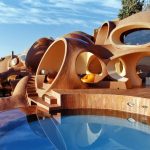 What’s The Most Expensive House In The World?

Who owns the most expensive house in the world? How many cars does the garage hold? How big is the swimming pool?

Discover the answers to all those questions and much more with this look at 10 palatial homes, from skyscrapers in India to hilltop mansions in California. You may even find inspiration for your own garden… After all, there is perhaps no better version of escapist fun than indulging your Lifestyles of the Rich and Famous fantasy. Happy dreaming!

Hedge fund billionaire Ken Griffin made history when he purchased the 24,000-square-foot penthouse in the skyscraper overlooking New York’s Central Park for $238 million, making it the most expensive home sold in the U.S. The 79-story tower, designed by A. M. Sten, is distinctive due to its colour: the building is sheathed Alabama Silver Shadow limestone. It’s also known for its luxurious amenities, which include a spa, an athletic club, private dining and entertaining facilities, and a private court.

The giant limestone Italian Renaissance-style home, owned by Ira Renner, sits on 63 acres of beachfront property in the Hamptons. The 62,000 square foot mansion has 29 bedrooms, 39 bathrooms, and an expansive 91-foot dining room. The property also features a basketball court, a bowling alley, squash courts, tennis courts, three swimming pools, and a garage that can hold up to 100 cars.

Oil tycoon T. Boone Pickens spent close to 50 years assembling the property which today covers over 65,000 acres or over 100 square miles. It features miles of the rushing Canadian River, four homes including a 33-square-feet main lodge, a private airport with a 6,000-foot runway and terminal building, a 30-seat home theatre, a golf course, a tennis court, a pub, a chapel, an 11,000 square-foot bird dog kennel with room to house 40 dogs, and nearly 20 man-made lakes.

The 35,000 square-foot apartment at the top of the opulent 49-story Tour Odeon, developed by the Groupe Marzocco and designed by architect Alexandre Giraldi, spans several floors and comes with its own private elevator. The private luxury doesn’t stop there: a water slide coming from an upper floor into an infinity pool with 360-degree views of the surrounding landscape makes this penthouse pretty spectacular.

Designed by Hungarian architect Antti Lovag and built between 1975-1989, the “Bubble Palace” features a series of round rooms that spill down a rocky cliff overlooking the Mediterranean Sea. While Lovag was reportedly inspired by man’s earlier dwellings in caves, the seaside estate isn’t short on modern comforts, featuring three swimming pools, several gardens, and a 500-seat amphitheatre on the hillside grounds. Bubble Palace is currently owned by Italian-born French fashion designer Pierre Cardin as a holiday home and has been the setting for many swanky events.

Built in 1830 then purchased in 1904 by Belgium’s King Leopold II, this mansion was considered to be the most expensive house in the world on the market when it went up for sale in 2017 for $410 million by Davide Campari-Milano S.p.A. of the Campari Group, the property’s current owner. Set on 35 acres of manicured gardens and named for the cedar trees on the grounds, the 18,000 square-foot, 14-bedroom estate boasts an Olympic-sized swimming pool, a large stable, and decadent interior including giant crystal chandeliers, intricate gilded woodwork and 19th-century oil paintings fit for the opulence of the home’s Belle Époque heyday.

Build in the early 20th century, by the heir to a soap fortune, this Georgian Revival mansion is the second largest residence in London with over 90,000 square feet. There are 65 rooms including 25 bedrooms. The house has been used as a filming location for large and small-screen productions, including The Lost Prince, Topping the Velvet, and Fame Academy.

It features 11 bedrooms, 14 bathrooms, a commercial greenhouse, a helipad, an outdoor kitchen and one of the nicest swimming pools you’ll ever see.

The property is famous in itself, as it was the setting for Alfred Hitchhock’s 1995 film To Catch a Thief.

Villa La Leopolda is named for its original owner. It was built in 1902 by King Leopold II of Belgium, who gifted the estate to his mistress Blanche Zelia Josephine Delacroix in the early 20th century. The home was redesigned by American architect Ogden Codman Jr. in the 1920s.

Antilia was designed and constructed by Chicago based architecture firm, Perkins & Will, and hospitality design firm, Hirsch Bender Associates.

It was built for Mukesh Ambani, the Chairman & Managing Director of Reliance Industries Ltd, a Fortune Global 500 Company, and India’s richest man.

The 400,000 square foot building is located in Mumbai’s Cumballa Hill neighboured and stands at an impressive 27 stories high with 6 floors dedicated to car storage. The home, which was named for a phantom island in the Atlantic, also features a service station for the cars, a temple, a 50-seat movie theatre, 9 high-speed elevators, a spa, three helipads, a salon, a ballroom, a yoga studio and an ice-cream room.

It’s also been built to withstand an earthquake of magnitude 8 on the Richter scale.

What’s the most expensive house in the world? The Buckingham Palace, of course. Owned by the Royal family, it is one of a number of lavish properties in their portfolio.

It’s estimated that if the palace were to be put up for sale it would be somewhere in the region of $2.9 billion, but it’s highly unlikely it will ever happen.