What is a Property MOT? - Eurolink 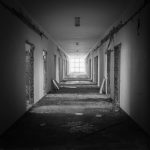 What is a Property MOT?

As discussed at this year’s ARLA Propertymark conference by Dr Julie Rugg, a ‘Property MOT’  would be a series of checks to give tenants confidence before they sign a tenancy that the property is fit for purpose, and that standards won’t lapse in the future, while for landlords, it offers greater clarity and protection against prosecution.

Firstly, let’s look at the current lettings situation and why the ‘Property MOT’ has come about.  In 2008 Dr Rugg and other leading academics at the University of York carried out a report of the private rented sector, finding that the current government laws are out of date and in need of ‘radical revision’ with conditions in rented properties coming out as ‘poor’ in relation to other types of home.  A decade later Dr Rugg despaired that ‘not a lot had changed’ and her recent report “The Evolving Private Rented Sector: Its Contribution and Potential” suggested that all landlords should be forced to register, pass a minimum standards test with their local authority, be inspected annually and where minimum living conditions aren’t met, would accrue black marks and could eventually be banned.

We have a Private Rental Sector covered by a myriad of lettings laws, some say 140, some say 180, but depending on how broad you want to go it is still a lot of legislation.  There are around 5 million landlords operating in this sector and considering that some letting agents do not even know half of the laws, it is fairly certain that most landlords wouldn’t know more than 10-20% of what they should know.

Some of the major pieces which apply to almost every tenancy agreement are listed here:

Gas Safety (Installation and Use) Regulations 1988

The problem, however, is not with regulated agents as they will or should have access to resources to help them with this tangle of legislation, it isn’t really with the majority of responsible landlords who want to keep on the right side of the law and who will offer tenants well-kept homes, but it is with the ‘rogue’ landlords who often fly under the radar.

Most letting agents will have come across these landlords in their time, they will be after a ‘cheap fee’ or will ‘do it themselves’ because ‘they know best’.  Of course, if they start out on this footing it is highly likely they will be reluctant to invest money into their rental property and will cut-corners and be unsympathetic to tenants needs in regards to safety and security of tenure.

A Property MOT will be like a Car MOT but without the oil-change.  Every rental property will be required to meet a minimum standard of repair, safety and ‘road-worthiness’ so to speak.  There could be an annual requirement to submit a satisfactory report to the “Landlord & Property Licensing Agency ‘LPLA’ or Trading Standards Office (most likely) and this could incorporate items like:

After Dr Rugg’s presentation, the general mood and response we encountered regarding a property MOT was extremely positive, but at the same time with questions. Who will police this?  How does a DVLA equivalent for the property industry come about and how is it funded?  Important questions with little clarification so far. Could this be a new element to the already set up ‘Rogue Landlord Database’ that is publicly available? It’s hard to see a downside to what will essentially ensure properties are safe and well maintained in theory, it’s the practical we look forward to hearing more about in the near future.