How Is Working From Home Affecting What We Look For In A Property? - Eurolink 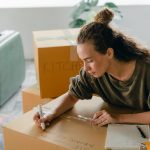 How Is Working From Home Affecting What We Look For In A Property?

What will life look like post lockdown? One easy to make prediction is that working from home is here to stay. Over the past few months, it has become the norm for hundreds of thousands of people and businesses. Even with the Government easing a lot of the restrictions, it seems that people’s attitudes towards home-working are changing.
A number of companies, including Twitter, Amazon, Google and Facebook, have made some groundbreaking announcements on the topic. Twitter employees have been told they can work from home indefinitely if they want to. For Google and Facebook, staff will not need to come back to the office until 2021. At Amazon, office workers can stay at home until at least October.
As other businesses reassess their working practices to comply with the new rules and re-evaluate the need for an expensive London office, it’s likely that remote working will see a steep rise even after lockdown is lifted completely.

Between January and December 2019, a study conducted by the Office of National Statistics looked at working trends in the UK. It found that around 1.7 million people out of a total 32.6 million in employment mainly worked from home. While this was only 5.1% of the total workforce, this figure has been slowly rising, up from 4.3% in 2015.
With continued advancements in technology, as well as the introduction of faster internet across the UK, working from home has become increasingly popular. Of course, not every job can be done remotely. However, a lot of businesses and individuals are rethinking the flexibility of their working situations. According to one recent study, as many as 90% of people would like the option of being able to work from at least some of the time.
That change alone could have a significant effect on our property location and size demands. We may not need to get to the office on the daily commute, but we will need space at home to work.

What are the new moving must-haves?

Londoners who once based their decisions on being at the centre of the action, now find themselves cooped up in small flats. In the past, the idea of leaving a big city would have been off-putting to those who wanted easy access to restaurants, theatres and vibrant nightlife. But as social distancing puts the future of many of these things up in the air, the value of a private garden is rising.
According to Rightmove, flats have dropped out of the top five most-sought property styles, with houses and bungalows seeing a boom.
Nearly 39% of buyers say the lockdown has impacted on what they want from their next purchase, requirements for properties with a garden increased by 42% in May compared to the same month last year.
Currently, only 66% of flats have access to private outside space, compared to 97% of houses, and we may see a shift in building design prioritising gardens and balconies and of course the coveted home-offices.
Unsurprisingly, more than a third of buyers now also want a better home workspace. A recent survey found that two-fifths of Britons would prioritise space for a home office if they were searching for a new property.
Iain McKenzie, CEO of The Guild of Property Professionals says ‘The lockdown has proven to many sceptics that working from home is viable and convenient. We don’t expect the end of offices, as many miss them and they have great social benefits. However, working from home could become more common and with it, the relative importance of commute times, broadband speeds and space for a home office will shift.’

With densely packed urban areas now associated with health risks, are we about the see a move towards lower density locations if the proximity to the office is no longer a factor? Are we going to trade-off location for space?
House prices in the countryside shot up at the start of lockdown as those with cash at the ready sought a more spacious home.
More universally, the working from home revolution has brought a new sense of calm to people’s former stressful commuter lives. Many people thought that working from home wouldn’t work as it has and now that we’ve had a taste of it we want more.
According to the careers advisory service Escape The City, the number of job seekers wanting to get out of London has doubled compared to the same period last year, and the proportion of property buyers registered with estate agents outside the capital almost doubled in April.
A survey from Halifax of more than 3,000 people found that over half of workers who had been working from home now think that there is less need for people to live in a city. Many said that being close to their office is no longer an important factor when purchasing a property.
The obstacles that once appeared to stand in the way of our rural fantasies have been swept aside thanks largely to advancements in video conferencing and broadband, and we are already seeing a huge re-evaluation of how we live our lives. Many are focusing on quality of life after years in the rat race and escaping to the country seems more achievable than ever.