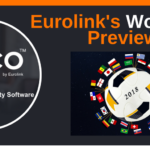 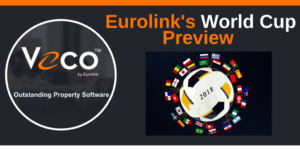 In this week’s blog we’re going to preview the big one, the FIFA World Cup. On Thursday June 15th hosts Russia will kick off the tournament against Saudi Arabia. The 32-team tournament will climax on Sunday July 15th which means that we’ll have a whole month of football madness to embrace.

Who are the favourites?

The two teams leading the way as pre-tournament favourites are current World Cup holders, Germany, and the footballing powerhouse that is Brazil. Joachim Low’s men were victorious in Brazil back in 2014 with a string of ruthless and efficient performances (not to mention a 7-1 mauling of the hosts, Brazil) but they’ve got quite the task to claim consecutive world titles. Only Brazil and Italy have won back to back World Cups.

A resurgent Brazil team are looking to claim their first World Cup since 2002 and they’re backed by a team of stars which includes the world’s most expensive player and a rising star who was busy painting the streets during the last World Cup (That’s Neymar and Gabriel Jesus if you weren’t aware).

Away from the two favourites, they’re closely followed by the likes of France, Spain, Argentina and Belgium. Each country boasts strong chances of taking home the trophy and it really makes for an intriguing tournament. Will Messi finally get his hands on the trophy or will Spain reign again? Our is it time that Belgium’s ‘golden generation’ come of age.

Away from the favourites, there are plenty of dark horses to consider. Any team featuring Cristiano Ronaldo is hard to look past, especially when his team is the current European Champions. The same can be said for Uruguay who boast a front two of Luis Suarez and Edison Cavani. There are no Italian defenders for Luis to take a bite out of this time round….

If you don’t fancy either or those teams then there’s always the likes of Croatia or Columbia featuring plenty of world class talent. With a scattering of Champions League winners, they do have the ability to cause upsets.

And that only really leaves one country left to discuss. Gareth Southgate’s red and white army will head to Russia with no expectations of glory. There’s a real sense of do the best you can and make us proud growing amongst the nation. That also translates to get out the group and it’s okay if Germany knock us out on penalties! This may be the general conscious but as soon as pubs get out the flags and we start hearing “Three Lions” on the radio, we all start to get a bit carried away. We have one of the best strikers in the world captaining our team so why can’t we be optimistic! Our young squad certainly has the ability dazzle, but the question is, can they deliver when it matters?

All questions posed above will begin to be answered come June 14th and we can’t wait!