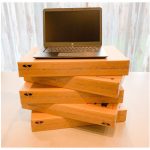 Veco™ has pledged six laptops to Stephen Brown’s Computer’s for Schools campaign, which has successfully raised over £88,500 through donations from agents and suppliers, since launching in January 2021. The fundraising campaign has already delivered 805 laptops and tablets, plus 12 dongles to schools nationwide. Agents supporting the campaign can choose local schools and organisations in their […] 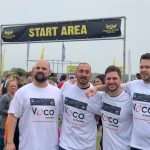 Our guys and their Rookies did a fantastic job, we’re so proud of their performances! There’s still time to sponsor the team, our fundraising page can be found by clicking here. 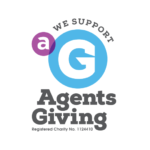 We are supporting Agents Giving

This year we have become involved with Agents Giving and we love the work they do for the estate agency industry. We know that many of our agency clients organise fundraising events throughout the year, so if you do this then why not consider becoming an Agents Giving Ambassador?   That way all of your fundraising […]

It’s ‘Strictly’ about charity at agents event of the year!

A mixture of agents, suppliers and consultants have taken up the amazing challenge of the ‘Strictly Agents Dancing’, competition for the Agents Giving Fundraisers of the Year Awards Charity Ball being held on Friday 30th September 2016 at The Lancaster Hotel London. Ed Woolgar of Harrods Lettings, Maxine Lester of Maxine Lester, Nicola Osborne of […]

Leading property software and services provider Eurolink is pleased to announce its donation of £4,000 to Agents Giving from its Eurolink Foundation charitable donations fund. Agents Giving, previously The Estate Agents Foundation is a charitable organisation based in Leatherhead, Surrey and is the industry charity for estate agents, lettings agents and suppliers to the industry. […]

Eurolink, the leading property software and services group is pleased to announce it is to sponsor a raffle prize at The European Cheese and Wine Tasting Experience organised by students at the University of Hertfordshire and attended exclusively by both home and International lecturers. The event is taking place in the first week of March […]